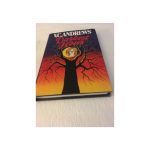 Horror Novel Stephen King’s bag-of-bones is “a most gripping and unforgettable novel. It is a story of grief and lost love’s enduring bond of a new love haunted by the secrets of the past, of an innocent child caught in a terrible crossfire”.

Big Little Lies a tale of mischief and murder.

Read breaking dawn, #1 best seller, a section of a 3 part series in which Bella hopelessly fell in love with a vampire. Stephanie Meyer also the author of #1 best selling Twilight, New Moon and Eclipse.

Catching Fire a novel about an annual competition where people play for food and money.

A mentally unstable patient of a Psychiatrist
goes after her and others .

Dawn a horror story by V.C Andrew , depicts a family having a hard time living together. Ormand and Sally Longchamp ,are parents of Dawn and Jimmy. Home life for them is miserable. The parents sent them off to an excellent private school. Will they fair better?

Dracula an 1897 Gothic Horror Novel by Bram Stoker: About a young Lawyer name Jonathan Harker who visited the castle of Count Dracula.

Dracula  a horror Novel by Bram Stroker ; about the beginning of the Vampire Fantasy.

Dreamcatcher a horror novel by Stephen King. Its about friendship, about alien and psychological distress.

In this horror novel about a haunted city where four boys did brave things together. Now they are grown men with separates lives and their own troubles but the bond continues.

dreamcatcher a horror tale full of suspense alongside alien invasion brought to us by legendary horror master Stephen King.

A story about love and affection, of death and a cereal killer.

From A Buick 8 ,a fictional of horror by the master of terror Stephen King.Christine a main Character tells a story of automobiles that harm people. Through the use of supernatural powers.

Taking a short cut home was a mistake. The character in Stephen Kings novel Full Dark No Stars learned that the hard way. Not only was he surprised, it was share terror , a nightmare.

Ghost Story a horror novel by Peter Straub. A story of murder, misdeeds and deceit.

A novel. Is a psychological thriller mystery .Great condition used copies available at The Book Chateau.

Hannibal a horror novel my Thomas Harris about a killer charting a chilling murder. It is a psychological suspense.