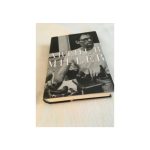 Biography and Auto-biography speaks to peoples lives. The way they lived.It addresses their career path   whether it be good or bad.The legacy they left behind. Biographies are rich , they not only address the human lives but also the country in the individual lives. A prime example of one such individual is Arthur Miller.

His Biography showed that he left a legacy, of literary works ;the play crucible   is shared not only by Americans but by people around the world. Other beloved works like death of a salesman and view from the bridge are  directly related to real life situations.

Aldous Huxley too had a great life as seen in his biography.He is smart, brilliant and charming.Although he lost his sight at 16 he excelled  as an author.He wrote “A Brave New World “, as well as other philosophical works.

The Biography of Charles Lindbergh speaks volumes about his contribution to aviation.

a woman in charge

A Woman in Charge a biography of Hillary Clinton by Carl Bernstein. This a portrait of her life and career.

A Woman Named Jackie Biography by David Heymann. About Jackie Bouvier- Kennedy-Onassis. She needs no introduction. As she is known around the world. For years she remains the focus of unparalleled fascination and curiosity.

A Yankee Saint a biography of John Humphrey Noyes by Robert Allerton Parker . John H Noyes is the founder of The Oneida, Putney and Wallingford communities . He was a frontier settler.

adlai stevenson his life and legacy

McKeever Porter’s Biography Adlai Stevenson. His Life and Legacy. About an intellectual, a politician, and a beacon of hope for others.

Adolf Hitler a biography by John Toland (1976) is compiled from interviews by people closely associated with Hitler and his crimes.As well as many people who opposed it.

A biography of Aldous Huxley a 20th century English novelist and playwright. A Used book

Ron Chernow’s biography Alexander Hamilton.  The author brings to life the man that is the principal designer of the federal government, the stock exchange, and America’s two-party system of democracy. The most important man in America’s politics that did not become president.

all the presidents men

All The Presidents Men is the story of Watergate and President Nixon. As told by Bob Woodward and Carl Bernstein, the journalist who broke the story.

Aly a biography by Leonard slater about Aly. The man who had everything, prince, millionaire, religious leader, sportsman, and much more.

America’s Medicis explains how the Rockefellers nurtured world class museums, art collections, plazas and works of art and architecture around the country.